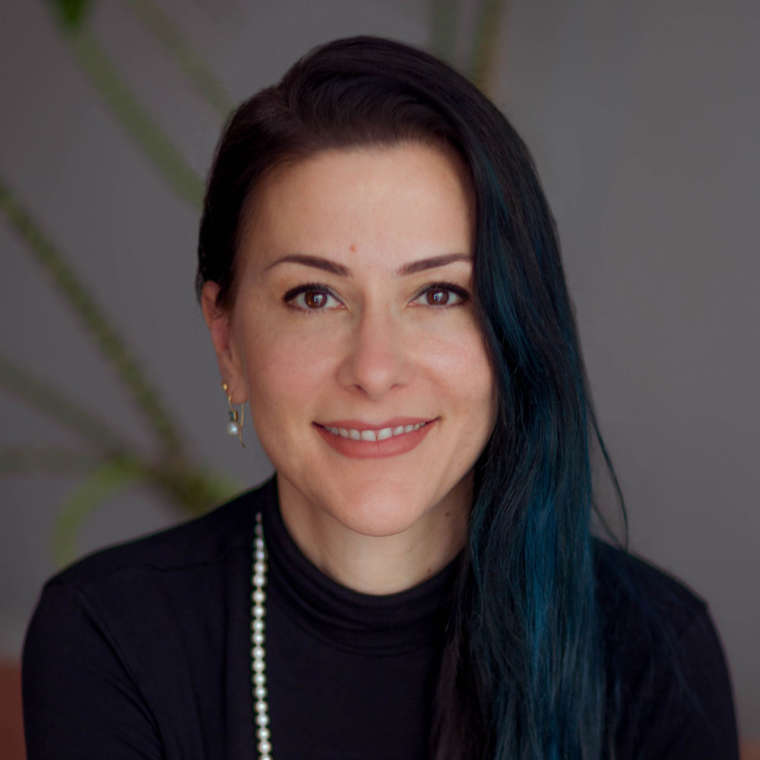 Collaborating with the world’s biggest artists, labels and management companies in a career spanning over two decades, Rachel Strassberger’s network stretches from the underground communities of the music industry to its highest levels. Now spearheading the team at Strassberger, her hand is cast across all quarters, directing, driving and implementing strategy and giving vital advice to draw the most out of every aspect of each campaign. Her deep pool of knowledge and expertise in areas including bookings, event management & promo, artist management, label management, sync work, publishing and neighbouring rights has become an invaluable resource that Strassberger’s clients are able to tap into.

Rachel’s start in the music industry was, as the best career stories go, completely by chance. While working in Switzerland in 1998 for a US-based tech company and dating a tennis coach who moonlighted as a DJ for Alcatraz Club, her linguistic and legal abilities were called upon to help with a visiting German DJ, then to translate artist contracts. Showing a natural flair for the work Rachel suddenly found herself the club’s Art Director. For four years, working with the 1,200-capacity venue’s in-house designer and promotions team, and booking talent from around the world, while still working for the corporate US company, Rachel gained invaluable insight into the on-the-ground mechanics of a living, breathing, working club, experience that would serve her well in later years working on much bigger festival projects. Equally, her skills as a booking agent sprang from this pivotal moment and carried on deep into her career, lasting until 2014 when the business side of the industry finally became the truly dominant part of her work and life.

Starting her label career at DJ Beat Records in 2002, it was during a three-year tenure at Map Dance where Rachel’s work on the Yves Larock releases ‘Zookey’ and ‘Rise Up’ saw both earn major chart success. In 2005 she licensed ‘Zookey’ to Defected, Spinnin’ and Warner France, including a remix by Bob Sinclar on the Africanism. In 2008, on the back of the success of ‘Zookey’, she went on to license his single ‘Rise Up’ to 27 territories covering 45 countries. Thanks to her legal background and experience in Intellectual Properties she negotiated 27 separate licensing label territory deals, coordinated and managed marketing and promotion in 45 different countries, giving her first-hand experience of how each one worked in its own right. Her work led to ‘Rise Up’ becoming a Top 10 chart single in most of the world.

Rachel’s work with Yves stretched beyond his music and into the full-time management of his career, from overseeing the administration of all his business affairs to handling his DJ bookings. From 2007 through to 2010 she was solely responsible for lining up over 180 tour dates each year. Indeed, Yves is just one of many electronic artists Rachel has had the pleasure of working with in a more hands-on, day to day capacity. Part of the 25eight management team and heading up the company’s Record Division, Rachel dealt directly with multiple imprints around the world for Australian EDM duo NERVO. Negotiating the best deals possible for her clients, she handled marketing and strategic planning across all international territories, working directly with labels, publishers, brands, distribution teams and PR companies. Within 25eight, she oversees the entire process from start to finish, supporting each release and promotional campaign as well as social media and digital platforms. Firm relationships with teams from the USA, Europe, Australia and Japan allowed Rachel to liaise seamlessly with them all, creating a smooth and efficient global work flow process. Alongside the NERVO work, Rachel also managed Dutch artist Lady Bee and Askery.

Stepping outside the administrative arm of the music industry, Rachel’s experience in live event management is equally as impressive. In 2002, she began by project managing the 25x1 event, a sold-out 3500-capacity event celebrated the 25th anniversary of Northern Italy regional radio station RTO l’Altra Radio. She oversaw budgets, relevant government applications and authorizations, security, artist contract negotiations, food & beverage, site staff and all sound and image on-site technical specifications. A baptism by fire without a doubt but one that established her as a safe pair of hands for any large scale event and saw her go on to manage the 2003 Snow Parade festival in Lenzerheide. A much larger event that 25x1, Rachel was responsible for managing the logistics of over 90 DJs before and during the event, organising catering crews and coordinating and overseeing a press junket of over 20 journalists on site.

Ten years later she returned to event management for 2013’s Sundance Festival, managing contract negotiations and logistical arrangements for LMFAO, Apl.de AP (Black Eyed Peas), Justice, Chuckie and Hardwell. A year later she was bought on board by leading German event company United Promoters to look after the digital marketing, promotion, artist liaison and advancing for the three-day Isle of Dreams festival. Handling logistics, marketing and promotion for a raft of world-class talent including Jamie Jones, Sebastian Infrosso, Alesso, Gareth Emery, Fedde Le Grand, David Guetta, Calvin Harris, Avicii and more, Rachel ensured the backend of the event ran seamlessly. Even while working multiple projects at Strassberger, her talents have been called on by organizers who trust her almost ridiculous attention to details.

In 2018 and 2019 she coordinated with City Halls in Beaulieu Lausanne and Esplandade Monbenon respectively on behalf of the Street Food Festival. Coordinating French language administrative requests from the water, police and fire entities of each local government sector with the German production team, her efficiency and ability ensured each event was easily secured with minimal legal objections.

Now leading the incredible Strassberger team across project that encompass the worlds of pop, dance and beyond, Rachel continues to cement her global reputation as the go-to person for high performance, high stakes, far-reaching campaigns in the international music industry.